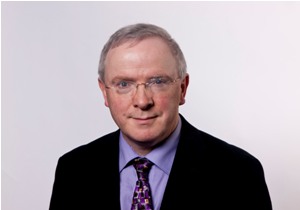 Professor Perry was previously, Senior Lecturer in Epidemiology/ Assistant Director of the UK Small Area Health Statistics Unit at Imperial College, London. He has over twenty years experience of population health research including the design and analysis of major national studies, including the Cork and Kerry Diabetes and Heart Disease Study, the Cork Coronary Care Community based Case Control Study, the SLAN 2007 National Health and Lifestyle study and the Mitchelstown Cohort Study.

Professor Perry was Chairman of the National Primary Care Steering Group established by the Minister for Health in 2001. He was a member of the Cardiovascular Health Policy Group which drafted the 2010 Cardiovascular Disease Strategy and he is a member of the Ireland’s Scientific Advisory group on Obesity (SAGO) an expert advisory convened by the Department of Health and reporting directly to the Minister for Health.

The major focus of his research work over the past five years has been on public health nutrition with particular reference to his role as Principal Investigator of the HRB Centre for Health & Diet Research, see http://www.hrbchdr.com/. He has also published extensively on the distribution, determinants and prevention of suicidal behaviour and he has provided research leadership in the area of health services research (HSR). He has considerable national and international experience as a peer reviewer with international journals and funding agencies, including the British Heart Foundation, the UK Medical Research Council and the Wellcome Trust.